The body of Christ has many different parts, just as any other body does. Some of us are Jews, and others are Gentiles. Some of us are slaves, and others are free. But God’s Spirit baptized each of us and made us part of the body of Christ. Now we each drink from that same Spirit. Our bodies don’t have just one part. They have many parts. 1 Corinthians 12:12-14 (CEV)

Anyone who knows me well knows that I love movies. I was about 10 when I began really studying film, watching classic movies and reading movie star biographies. To me, film is art in motion. I love the stories that are developed using light and shadow, music, dialogue, and camera techniques. A good film always shares a theme that resonates beyond the screen and touches some facet of our lives.

Last night, as we watched the 90th presentation of the Academy Awards, I was really struck by the continuous reference to diversity. Time and again presenters and award winners spoke of the need for diversity and equality within the film industry, and society. As I watched the call for diversity be made over and over again, I thought to myself, “Why are we still talking about diversity in 2018?” Of course, I know why. It’s because in 2018, people are still treated differently based on their color, gender, sexual orientation, ethnicity, and even political and religious beliefs.

It’s disheartening, really, to think about how far we’ve come in technological advancements, but how little we’ve progressed when it comes to inclusivity. But even as I type that statement, I can’t help thinking about my boys. My boys are 9 and 11 years old. Like many boys, they love superhero movies. When the Black Panther was first introduced as a primary character in the Marvel movie universe a few years ago, my boys were thrilled. They thought the Black Panther was everything a superhero should be–cool, wise, just, tough, and adept at witty repartee. They couldn’t wait for Black Panther to get his own movie, and my oldest gave it almost 5 stars after he saw it.

My boys had no real concept that Black Panther was the first black superhero given a full-length feature film. I’m not sure they even thought about the fact that the Black Panther featured a predominately black cast. They had the same reaction when Wonder Woman first hit screens this summer. Wonder Woman’s gender was a non-issue for them. They simply liked her character.

You see, somewhere along the line my boys have come to understand that people are people, no matter the labels the world so eagerly plasters on each of us, and that understanding gives me hope. 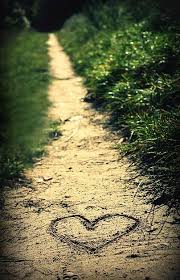 My husband is preaching a Lenten series titled “What Love Does”, and as I reflect on the actions of love this morning, it comes to me that Love is inclusive.

Before I go any further, I want to be clear that I’m not talking about the political dynamics of inclusivity. Inclusivity isn’t a political principle for Democrats and Republicans to square off on, although as humans we’ve probably turned it into that. Rather, inclusivity is an intentional practice of love that shows others a part of God’s nature and character.

Jesus modeled the practice of inclusivity in his earthly ministry. Jesus:

Paul continued the practice of inclusivity in his work. He ministered to both Greeks and Romans, fought against traditional laws that inhibited faith development, allowed women to be in some sort of leadership position, lived with those considered unclean, and ministered to a diverse array of people.

Jesus spoke to Peter about inclusivity, as well. When Peter was confronted with the prospect of eating unclean food with a Gentile, Jesus showed Peter that nothing God makes is unclean. Rather, it is humanity that defiles the goodness of God. 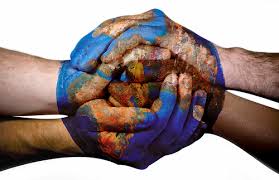 Inclusivity is not easy; unfortunately, it seems to go against our human nature. I see this in myself, in those times when I want to shut out people who hold vastly different views, beliefs, or opinions than I have. Sometimes, when I engage in a conversation with someone who thinks or believes differently than I do, I find myself thinking, “So, we’re not ever going to be friends.” Then I feel a light push in the small of my back and hear the gentle, but firm whisper of God saying, “Don’t be a hypocrite.” Love is inclusive.

The truth is, inclusivity is not hard. But to practice inclusivity, we have to be willing to understand the heart of people, not just the surface. And understanding the heart takes time and effort. I think it also takes grace.

This week, as you go through you day to day routines, I would challenge you to think about inclusivity. Where is God calling you to step out of your comfort zone and show his love to someone who is “other” than you? How is God calling you to confront your own prejudices and exclusivity? How can you work this week to show the world that Love is inclusive?